Mission Statement
The Kinderhook Memorial Library serves to enrich the quality of life for a diverse and growing constituency of all ages by providing resources and services which contribute to individual literacy, education and entertainment. The library is dedicated to encouraging children and adults in a love of reading and an appreciation for libraries. Resources and services are provided free or at a nominal cost to patrons.

History
Despite a long history dating back to the 1600s, the village of Kinderhook was without a public library until 1928, when a group of residents determined the need was there and petitioned the state for permission to establish one. On October 18, 1928, the Kinderhook Free Library was granted its provisional charter as an association library. Space to house the library was found in the Masonic Temple and the nucleus of a collection started from books donated by friends, with many of the books contributed by the rector of St. Paul’s Episcopal Church. Additional volumes were purchased with monies realized from dues of the Association. Anyone sixteen years of age or older could become a member of the library upon payment of an annual fee of one dollar.Membership in the Association at that time numbered one hundred persons.By June 1929, the number of books and magazines in the library had grown to 1,600 and the collection was increasing at a steady rate. Shortly after this, its collection and program were judged to have met the necessary standards, and the library received from the State a certificate of registration which entitled the Board of Trustees to receive tax monies to support its operation. In 1931, three years after the creation of the library, Mrs. Caroline Davie Lloyd decided to erect a new library and donate it to the Village in memory of her father, Mr. George Davie.The present site on the corner of Hudson Street and Sylvester Lane was acquired and the new building dedicated on Thanksgiving Day 1933. On June 18, 1934 the Library Board’s request to the State was granted and an amended provisional charter issued, changing the library’s name from the Kinderhook Free Library to the Kinderhook Memorial Library. On December 21, 1951, the library received its permanent charter.

The Library is part of the 66-member Mid-Hudson Library System, which covers Columbia, Dutchess, Greene, Putnam and Ulster counties. 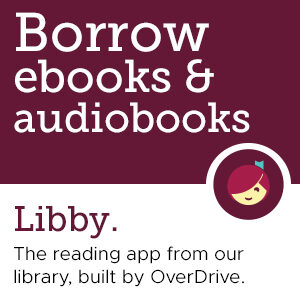